So as I mentioned in my previous post, I purchased way too many avocados at the grocery store for the sake of this recipe: the Vegan Buddha Bowl (dubbed the Chickpea Buddha Bowl by Buzzfeed). Though I am not vegan or vegetarian, since graduating college my love of vegetables has skyrocketed and combining that with my endless love of grain bowls made this recipe impossible to resist. I’ve also been lacking in the lunch creativity department recently so this will definitely be a big change from my usual tuna sandwich.

As I mentioned above, I really, really love bowls. They’re delicious and there are literally hundreds of different combinations you can experiment with. Despite this, I have never tried to make one myself before, so this is another first for me! A special thank you to Well and Full for inspiring this particular adventure in cooking. 🙂

Unlike my avocado toast, this bowl required a bit more ingredient-wise and was split into a few parts. The recipe says it serves two, but as these bowls were my make-ahead lunches, it wound up serving around four or five (I shared with my parents and am therefore not sure how much they took).

For the quinoa, I used:

For the chickpeas, I used:

For the red pepper sauce, I used:

It also called for sesame seeds as a garnish but…I forgot. So if anyone tries it, let me know!

According to the recipe, the total time for this dish should be approximately 35 minutes. I am a notoriously slow vegetable chopper, so we’ll see how far off the mark I get.

To start off, I preheat the oven to 425 and hope that for once the oven will sync with my prep pace. I then begin cooking the quinoa, following the direction on the package and bringing the two cups of water and contents of the package to boil, then simmering for about 15 minutes.

Next, I gather the chickpeas, drain them, and put them in a bowl to be tossed with the accompanying spices. This goes well until I am distracted by the quinoa boiling over, throwing me off my game. I rally and in a miraculous occurrence that will likely never happen again, I have the chickpeas on a baking sheet lined with parchment paper just as the over hits 425!

I put the pan in the oven feeling smug. I am awesome. I am the MasterChef®. I have got it together. I have…

Crap. I stare at the oven, contemplating how critical that olive oil is to the success of the chickpeas and mentally berating myself for forgetting such an important ingredient. I’m guessing at this point the title of my blog is no longer a mystery.

I quickly pull the chickpeas out of the oven, throw them in a bowl and toss with the olive oil before throwing them back in the oven. The remainder of my cooking goes relatively smoothly as I gather the ingredients for the red pepper sauce and blend them in my Magic Bullet. I finish by placing the quinoa, spinach, sliced avocado, and chickpeas in my plastic lunch container, then drizzle with the red pepper sauce.

So as I mentioned, I made this as a make-ahead lunch, hench the above dish is in a plastic container and not a pretty bowl. While it does not look as stunningly beautiful as the original blogger’s dish and my dressing is not very smooth, I really like the colors so I have hope that all this effort will be worth it. As for timing… 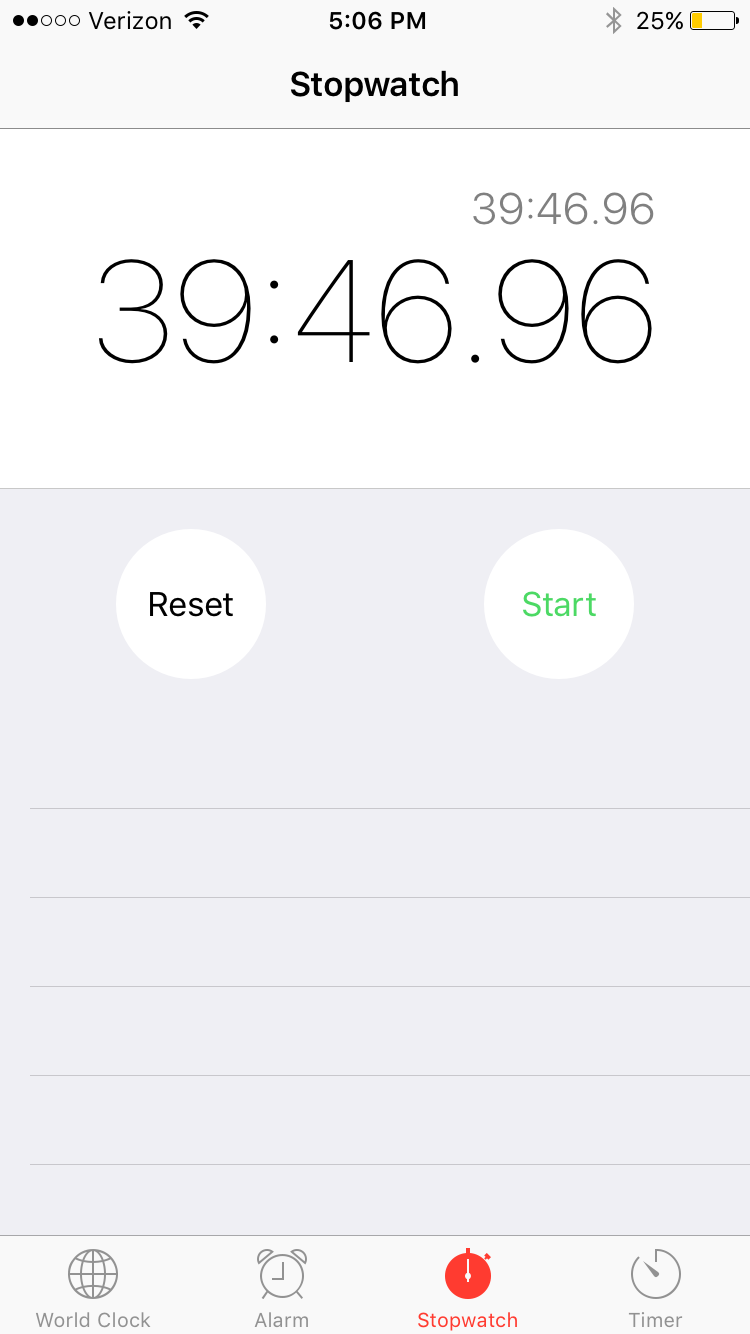 Slightly over, but not nearly as bad as it could have been! This is still a lot more effort than I normally put in to lunch, though. So did the taste make it worth it?

Ohmygoshthisissogood. I was not expecting much, what with my olive oil mess up and my general flailing, but it more than held up. I think using the flavored brand of quinoa helped-the dish had a nice spicy kick of flavor that I fell in love with. I had it again the next day, this time with the dressing on the bottom so not to make the spinach soggy and it got even better! With this success, my love of bowls has magnified, as has my determination to try every kind I can get my hands on.